As 2017 draws to a close, many of us will be reflecting on what’s in store for the North West’s commercial property market.

Not least those landlords, occupiers and investors looking to buy and let space in Wirral, which has always been renowned for its buoyant industrial offering, particularly in areas such as Birkenhead, Wallasey and Bromborough.

It’s also an ideal commuting hub for people living outside the region with easy access to Liverpool and Chester, as well as Manchester along the M56.

Wirral is a place which I have developed a strong affection for during my 14 years at Legat Owen, however there is a common theme emerging from within this borough which is stifling the growth of its dynamic commercial market.

It all comes down to space, or in this case, a lack of it. Although Wirral maybe rich in cultural history, a shortage of industrial units is preventing organic business from developing and could drive investment away.

A combination of constrained supply, coupled with limited refurbished stock is now driving up commercial rents in modern/new build units which have risen by over 15-20% in the last 12 months.

There is a real need for speculative development and ambitious growth plans in order to breathe fresh life back into Wirral’s commercial market.

The good news is the appetite for industrial units in the Peninsula is still very much there. We can see this with the active investment from prop cos. such as Peel Holdings and Redsun Developments, as well as local developers.

Last year Redsun acquired a The Power Station site in Wirral International Business Park for commercial space and with Peel bringing forward development at Wirral Waters both of which we are currently marketing, exciting times are ahead.

It remains a busy time for our team having recently fully let the Ocean Park Estate in Wallasey, as well as the expanding Corey Brothers’ move into the Mersey Wharf Business Park in Bromborough.

This steady flow of investment and lettings shows that demand is still very much alive and Wirral as an industrial destination remains at the top.

Actions however need to be taken by the council in order to allow this market to flourish and thrive.

It is not all good news, with older stock disappearing, land needs to be released and more new builds are essential in order to drive growth and investment. European funding for speculative property development is likely to be curtailed in the near term. This will potentially make speculative development unviable putting even more pressure on supply. It is vital Wirral press Central Government for support to help bridge the gap.

Further grants and Enterprise Zones initiatives are also required to create jobs and boost business in Wirral, otherwise it risks losing out to other regions.

There is light at the end of the (Mersey) tunnel and I’m delighted to see proactive steps been taken by the council which has now enlisted the support of Lichfields to produce an Employment Land and Premises Study.

This will help inform the council’s new plan and help to identify the need for supply and employment land in Wirral over the next fifteen years up to 2033.

Could this be the next step in shaping the future of Wirral’s industrial market? Let’s hope so. 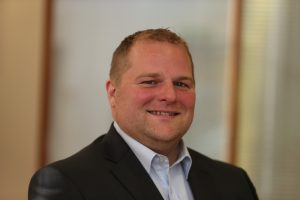 Looking for an office upgrade?